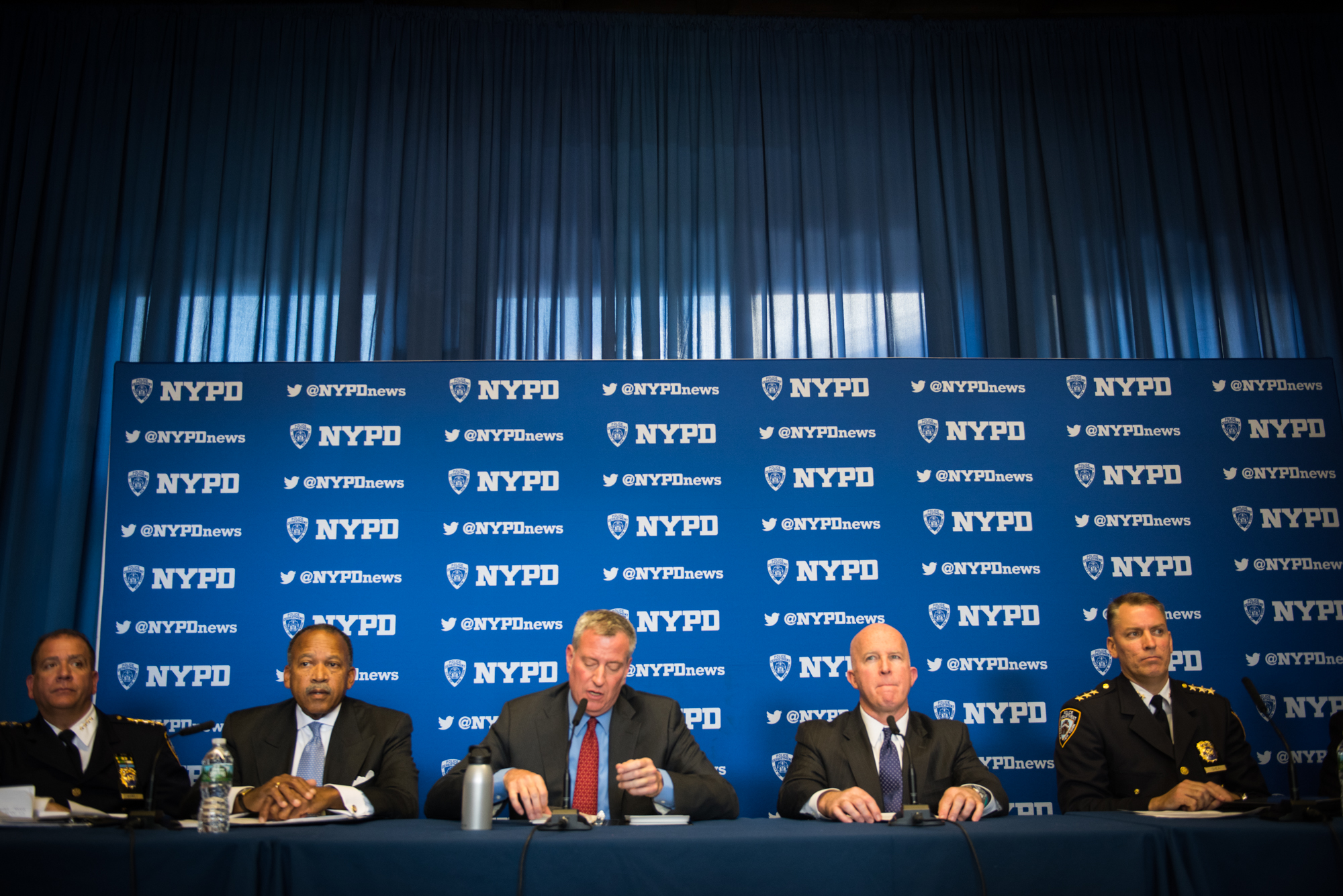 Mayor de Blasio on Monday defended the NYPD action of alerting ICE agents of illegal immigrants facing criminal charges, stating the city has no control over federal immigration agents and the city are “not in the position to stop” them.

According to a report from the New York Daily News, the NYPD defied the Mayor’s pledge to remain a sanctuary city, by alerting federal immigration officials of an illegal immigrant’s upcoming criminal court appearance.

In the report, the NYPD communicated with ICE agents regarding the arrest of two illegal felons before appearing in front of a judge. The first individual, David Gonzalez, was a deported felon who reentered the country illegally. On March 2, the NYPD “notified ICE” of Gonzalez arrest and was taken into ICE custody in the courthouse. The second individual, Milton Chimborazo, was also a prior felon and had a warrant out for his deportation. The NYPD on March 15 also notified ICE and was “awaiting a call from the local ICE office,” but ICE chose not to arrest Chimborazo “for reason that are unclear.”

Larry Byrne, the NYPD Deputy Commissioner for Legal Matter denied the report, explaining to reporters how ICE agents were notified based off the arrests of the two individuals, not from the NYPD contacting any ICE agents.

“If someone is in our custody, that means we have arrested them. That means when we take them back to the facility, we fingerprinted them,” Byrne said. “Regardless of your immigration status, once we fingerprint you, the fingerprints going to a database in Albany. If ICE has flagged that person for notification for whatever reason, ICE is going to know as a result of the arrest. Not as a result of contact from the NYPD. That is the same for every federal, state or local law enforcement agency. What triggers ICE notification is the fingerprints sent to Albany.”

De Blasio added that ICE agents are free to act independently and the city can’t stop them.

“ICE has the ability to go out there and do its own independent action. We are not in the position to stop that. The central point here is we set the ground rules for the role we have to play in this equation and we do it in a consistent way so that people can have the confidence in dealing with the NYPD if they happened to be an immigrant,” de Blasio said.

“We think our law is just imbalanced,” de Blasio added. “From what I heard, this doesn’t tell us anything new or indicate any consistency. But in these two incidents, the individuals in question qualified under our law. And if we had clarified that these warrants were appropriate to turn them over, that is what our law says to do. If they weren’t appropriate warrants, we didn’t turn them over.”

New York City is among one of the largest U.S. cities that proudly labels itself as a sanctuary city for undocumented immigrants. In 2014, de Blasio signed into law a bill to dramatically reduce the city’s cooperation regarding compliance with ICE detainer orders, except in the instance of public safety concerns.

Since March 31, the NYPD has received 109 detainer requests from ICE. Byrne says zero of these requests have been honored.