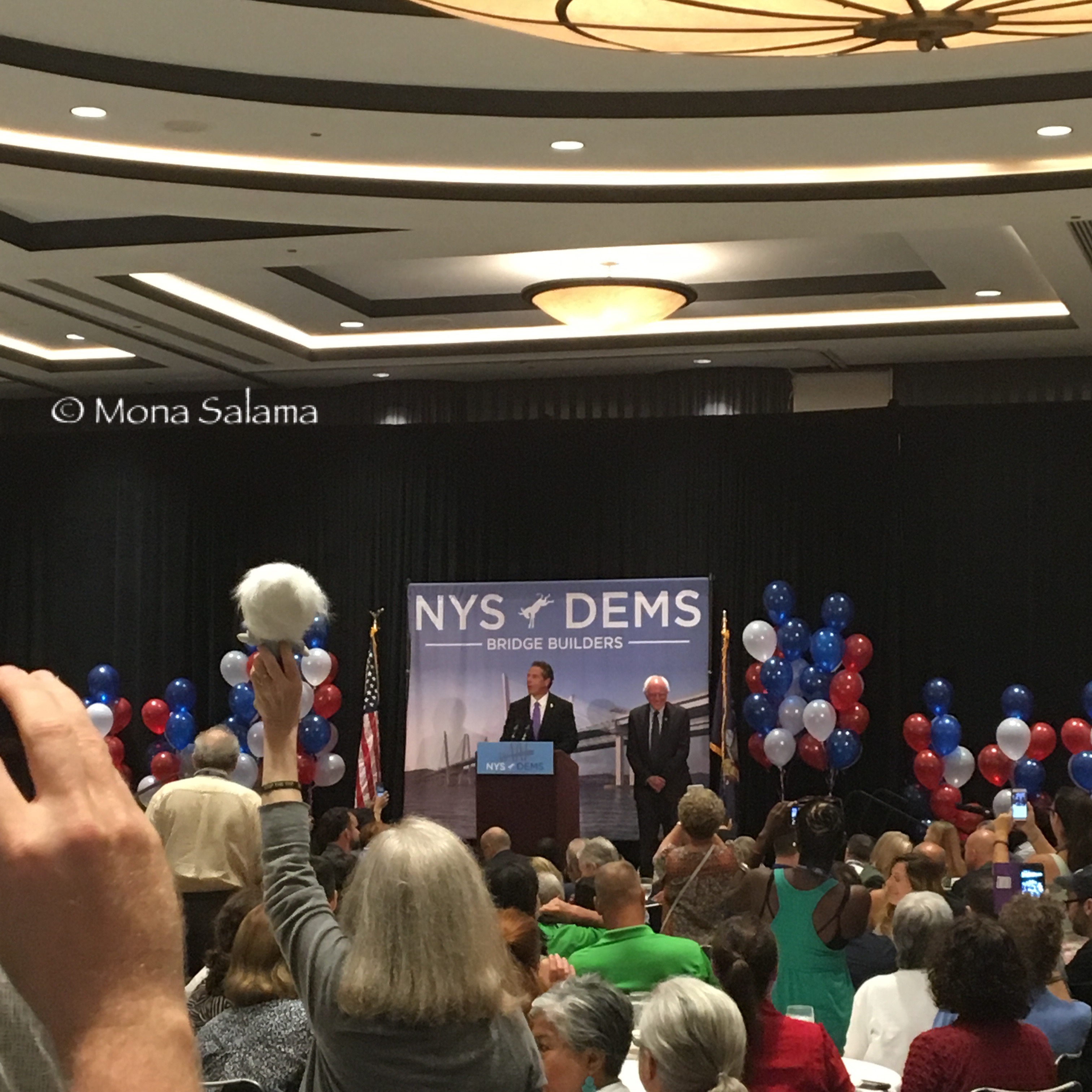 Philadelphia, PA. — Less than 12 hours after giving the prime time speech in the Democratic National Convention floor, Vermont Senator Bernie Sanders made a surprise visit on Hillary Clinton’s “home state” of New York to repeat his endorsement for Hillary and urging his supporters to unite in order to defeat GOP nominee Donald Trump.

“Our first task is to make sure Hillary Clinton is elected,” Sanders said to several hundred New York delegates and guest. “We must defeat the worst Republican candidate in the modern history of this country. What makes Donald Trump unusually, he is in fact, a demagogue that doesn’t respect or under the Constitution of the United States.”

Sanders added, “We got to defeat soundly a candidate whose course of his campaign cornerstone is bigotry. He is running for the presidency of the United States to turn one group of people against another group of people. That is not acceptable and that will be defeated.”

“You can take the boy out of Brooklyn, but you can’t take the Brooklyn out of the boy,” New York Governor Andrew Cuomo said when introducing the Vermont Senator, who was born in Brooklyn, New York. Cuomo, a Clinton delegate praised Sanders for “transforming the Democratic Party platform into a progressive agenda.

Praising New York Governor Andrew Cuomo for enacting progressive legislation in New York such as raising the minimum wage to $15/hr, along with paid sick leave legislation and banning assault weapons, Sanders stated his goals is to repeat the same progressive politics done in New York all across the country. In considering this his main goal, Sanders announced his campaign will transition into “transforming this country” by supporting statewide progressive leadership.

“Our campaign is going to transition into another organization of supporting candidates running for school board, city council, state legislature who want to see this country become all that we know that we can become,” Sanders said.

The Race For Donald Trump VP