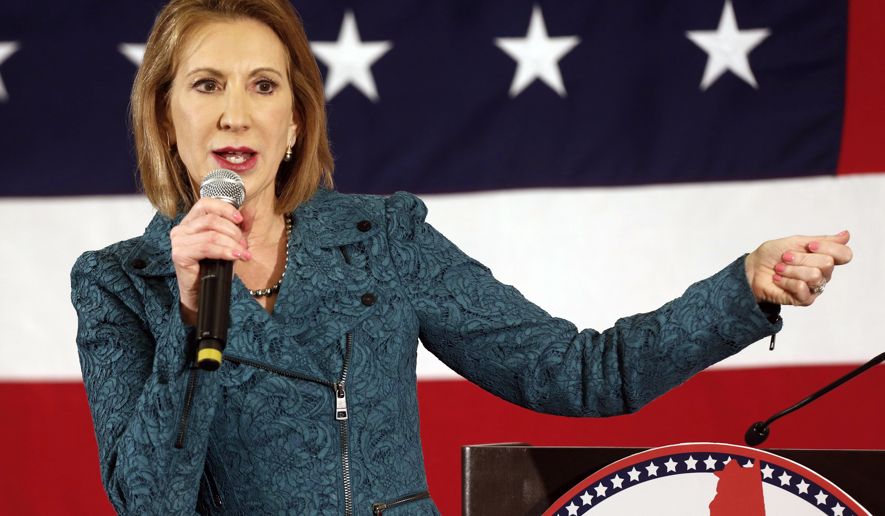 Carly Fiorina entered and exited the stage to Alicia Keys song, “This Girl is On Fire” at the First in the Nation (FITN) Republican Summit in Nashua, New Hampshire touted her extensive business experience all while criticizing Democrat presidential hopeful Hillary Clinton.

The former Hewlett-Packard CEO has limited political experience but she is the only Republican woman who will be announcing May 4 whether she will run for president. During her speech she reminded the hundreds in attendance at the summit, “Hillary Clinton must not become president of the United States, because she lacks the candor and transparency that are so necessary to leadership.”

If Fiorina does run she said she doesn’t want to run based on her sex, but to focus on her business career.

Arguing why Clinton should not be president, Fiorina spoke of her business skills compared to Clinton’s time as Secretary of State:

Regarding Hillary’s scandal-laden Clinton Foundation, Fiorina said, “She tweets about women’s rights in this country and takes money from governments that deny women the most basic human rights.”

How can we trust Hillary to manage our country when she hasn’t been able to control her husband’s serial adultery? How can we trust Hillary to protect our top secrets, when she’s admitted to being “careless” and “making mistakes” when she was just a Secretary of State. How can we trust her stamina when we’ve all seen the video evidence of her having uncontrollable coughing fits, episodic fainting spells, suffered a head injury, has what appears to be mini seizures and spacing out while talking? She also disappears from public and media eye for weeks and months at a time… Read more »