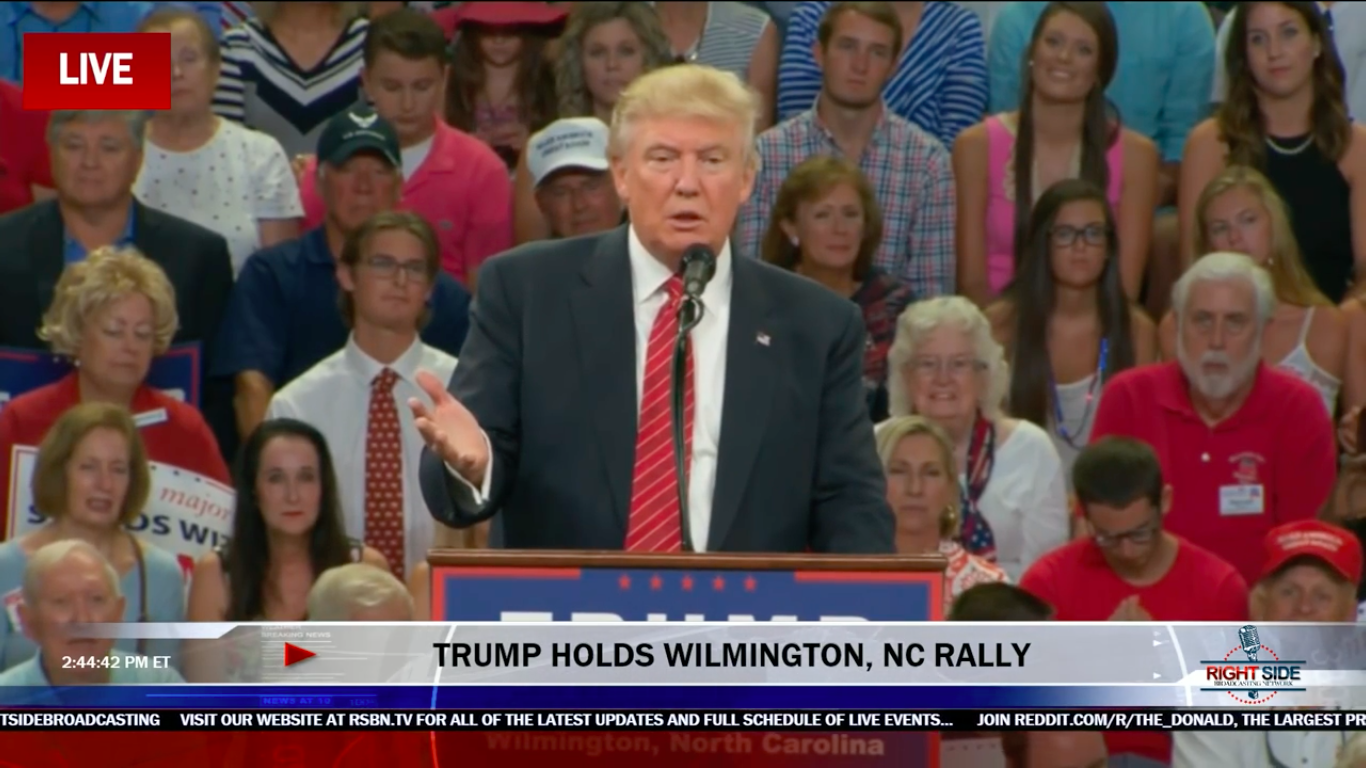 The remarks came from a rally in Wilmington, North Carolina, where Trump spoke about his Democratic rival wanting to abolish the Second Amendment by appointing liberal justices to the Supreme Court. Now a line of political humor has being castrated as Trump inciting violence against Hillary.

The Trump campaign disputed the wild interpretation running wild from liberals that are suggesting the remark was a violent threat from the GOP candidates, emphasizing that Trump was not calling to arms and his remarks was meant to unify Second Amendment voters to go out and vote.

“It’s called the power of unification — Second Amendment people have an amazing spirit and are tremendously unified, which gives them great political power,” senior communications advisor Jason Miller said in a statement. “And this year, they will be voting in record numbers, and it won’t be for Hillary Clinton, it will be for Donald Trump.”

Democrats immediately took the remarks as a “death threat,” piling on via twitter and on TV political panels. Senator Elizabeth Warren took to twitter to tweet the GOP candidate is a “coward” losing to a girl and making death threats as a result.

.@realDonaldTrump makes death threats because he’s a pathetic coward who can’t handle the fact that he’s losing to a girl.

Hillary’s running mate, Senator Tim Kaine in his event in Austin, Texas condemned the remarks, blaming the GOP candidate was indeed calling for an act of violence, adding the remark is another example of how Trump isn’t fit to lead.

“Nobody who is seeking a leadership position, especially the presidency, the leadership of the country, should do anything to countenance violence,” Kaine said. “I think Donald Trump revealed again many other statements, reveal the same thing, but it revealed this complete temperamental misfit with the character that’s required to do the job and in a nation, we gotta be pulling together and countenancing violence is not something any leader should do.”

When asked about Trump’s campaign response, Kaine argued the statement was the campaign “trying to row backwards.”

“Of course they are trying to row backward now”, Kaine said. “I just think it’s a window into the soul of a person who is just temperamentally not suited to the task.”

In Ohio, Trump’s running mate, Governor Mike Pence brushed off the interpretations of violence, saying Trump was not advocating violence with his remarks. Pence was in Lancaster, Pennsylvania holding his own town hall event moments after Trump’s remark.

“Hillary Clinton has made it very clear that she wants to see changes in the right of law abiding citizens to keep and bear arms, and Donald Trump is clearly saying that people cherish that right,” Pence said. “People who believe that firearms in the hands of law abiding citizens make our communities more safe not less safe should be involved in the political process and let their voice be heard.”

The NRA shortly after the remarks defended Trump’s remarks regards Hillary appointing liberal justices who are anti-Second Amendment to the Supreme Court.

.@RealDonaldTrump is right. If @HillaryClinton gets to pick her anti-#2A #SCOTUS judges, there’s nothing we can do. #NeverHillary

Later on, the NRA released a commercial, calling Hillary a “hypocrite who will leave one defenseless.”

.@HillaryClinton is a hypocrite who will leave you defenseless. That is a fact. #HypocriteHillary#2Apic.twitter.com/L6xTrBfvfj

In the second North Carolina rally, former New York City Mayor Rudy Giuliani, a staunch Trump supporter, slammed the media for the interpretation of the remark and not slamming Hillary for spinning the joke as a death threat.

During his interview with Fox News’ Sean Hannity later Tuesday night, Trump stated “there can be no other interpretation” and his audience understood exactly what he meant in becoming politically active.

“This is a strong, powerful movement, the Second Amendment,” Trump said on Hannity. “Hillary wants to take your guns away. She wants to leave you unprotected in your home. There can be no other interpretation. Even reporters have told me, I mean give me a break. But they’re dishonest people. What it is is there’s a tremendous power behind the Second Amendment. It’s a political power, and there are few things so powerful, I have to say, in terms of politics.”

“This is simple—what Trump is saying is dangerous,” Hillary’s campaign manager Robby Mook said. “A person seeking to be the President of the United States should not suggest violence in any way.”