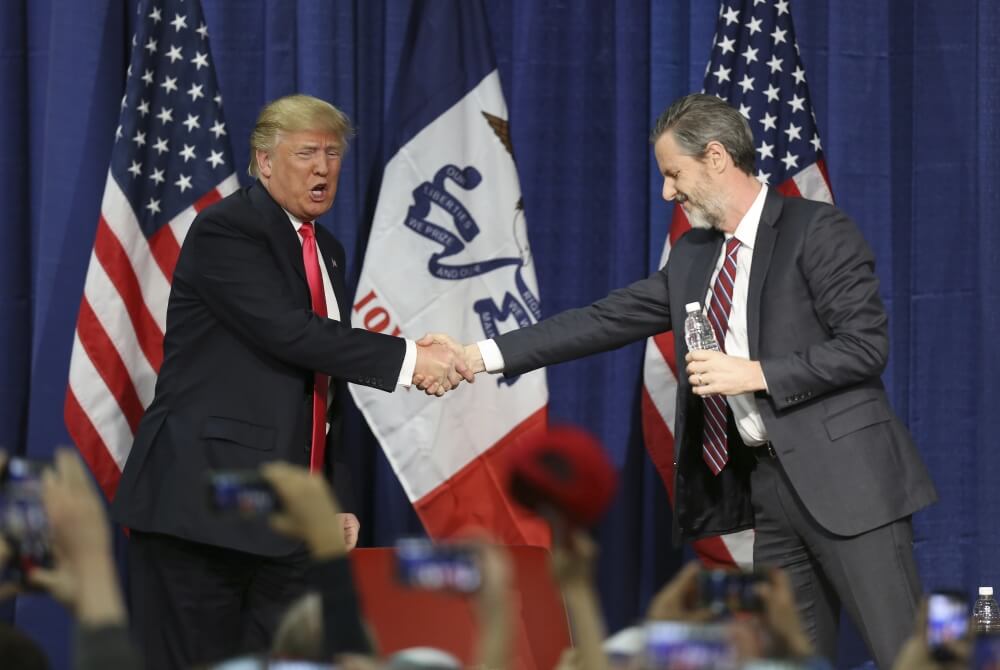 The president of Liberty University said he believes establishment Republicans are responsible for purposely leaking the 2005 video of Donald Trump making lewd comments about women as an attempt to destroy his chances in winning the presidency next month.

“I think this whole videotape thing was planned, it was timed, I think it might have even been a conspiracy among the establishment Republicans who have known about it for weeks and who tried to time it to do the maximum damage to Donald Trump,” Falwell told WABC radio host Rita Cosby.

The video obtained by the Washington Post broke Friday afternoon that dominated the news coverage for 48 hours before the second presidential debate. Since then 33 House Republicans and 17 Senate Republicans began to abandoned the Trump Train. Early Monday morning House Speaker Paul Ryan stated he won’t be campaign with the GOP nominee for the last 29 days of the election, stating he is dedicating himself in working with down the ballot candidates to keep the majority in Congress.

When asked if the leak was part of a conspiracy plot by GOP establishment leaders, Falwell said he has “independent information” without mentioning the source of the “establishment folks who reluctantly endorsed him had this planned all along as a way to slither out of the endorsements.”

“I think a lot of the establishment Republicans have been conspiring together for the last six weeks or more, and I think this was all a plan,” Falwell said. “It wasn’t a coincidence that it came out before Trump was suppose to appear with Paul Ryan at a rally and it conveniently gave Ryan a way to disinvite Trump.”

Falwell added he knew something “big was being planned” over six weeks ago regarding the establishment Republicans finding a way out from supporting and diminishing Trump. “I was told six weeks ago they had a plan that would guarantee that Trump wouldn’t be the nominee on November 8th,” Falwell said. “Then to watch this all unfold this weekend, I have to admit it looked a little fishy to me. When the full story is told, it would be a lot more surprising to people.”

Regarding the tape, Falwell admitted he can’t defend the comments from Trump. saying they are “reprehensible” and “not defensible,” but defended Trump for apologizing during Sunday night debate.

“We are never going to have a perfect candidate unless Jesus Christ is on the ballot,” Falwell said. “It was completely out of order, it’s not something I am going to defend. It was reprehensible. We are all sinners, every one of us.”