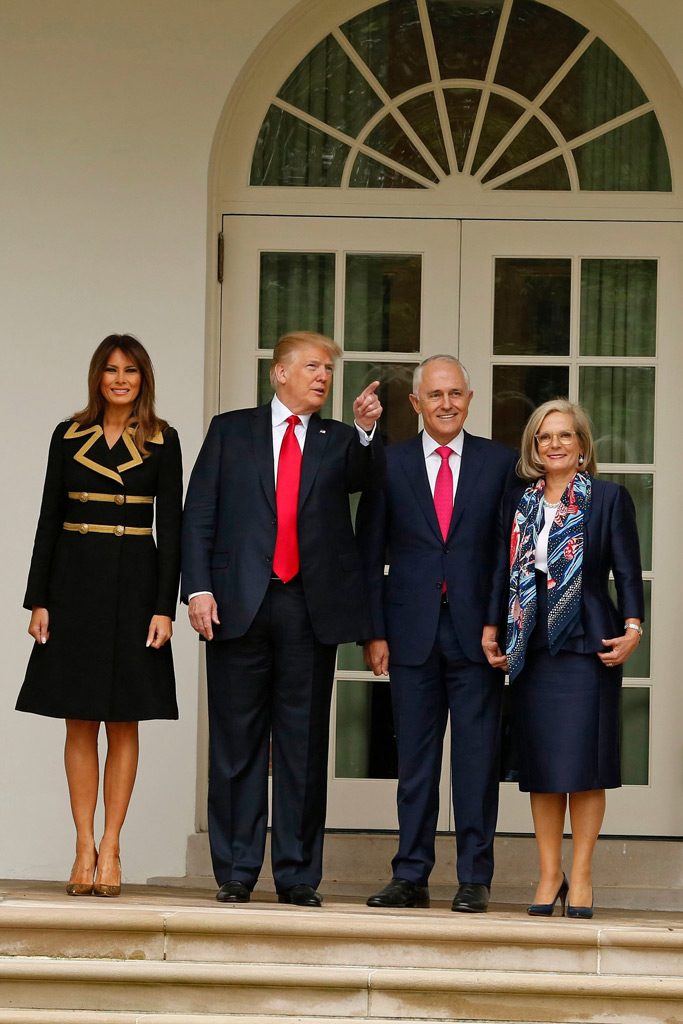 Wearing her all time favorite designers, Dolce & Gabbana, Melania wore a wool-blend military-inspired double-breasted black coat dress, that features a shiny gold trim and gold-tone decorative buttons. The sleek silhouette was designed to nip in at the waist and flared knee-length hem. As for the lining of the coat, which can’t be seen on Melania, is described to have leopard print by the brand.

The military inspired merino-wool blend coat, was “carefully constructed in Italy.” The Black Military coat retails for $4,650, but was currently 40% off and priced at $2,790 at Farfetch. Moda Operandi also sold the coat for $1,618, originally $3,595. Unfortunately, the showstopping coat is completely sold out on both sites.

To complete her look, Melania matched the details of the coat by wearing a statement gold snakeskin printed pointed Manolo Blahnik pumps.

It was the first time the Australian  Prime Minister has visited the White House since Trump took office, as both leaders discussed the relationship between the two countries and the prospect of a future trip to Australia.

What Melania Wore To The Governors Ball

What Melania Wore to the 2019 White House Easter Egg Roll

What Melania wore Arriving to London for NATO Summit