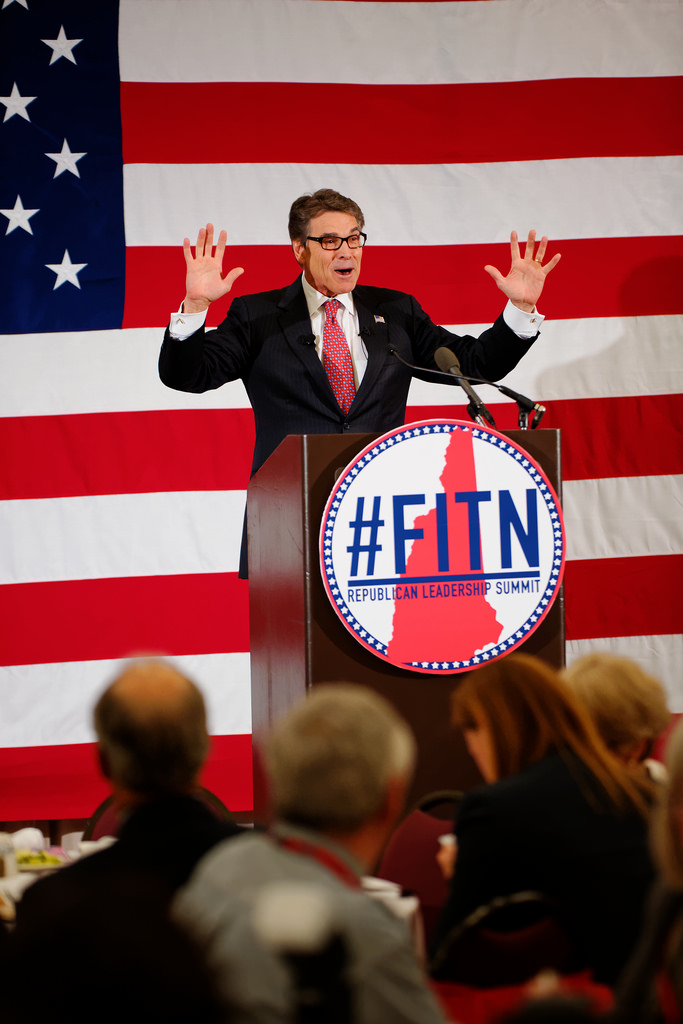 Nashua, NH. — Every big name Republican presidential hopeful is in New Hampshire this weekend for the state’s First in the Nation forum. Former Texas Governor Rick Perry took the podium on Thursday afternoon in Nashua, beginning his remarks on veterans before shifting his tone by attacking Obama foreign policy and potential presidential candidates.

Perry committed on the three young senators by comparing them to President Obama to show that they aren’t ready to lead the White House:

Touting his 14 years as governor of Texas, Perry pointed out closing the borders in his state when the president didn’t. “We’ve spent eight years with a young, inexperienced United States senator,” he said, referring to President Barack Obama. “Economically, militarily and foreign policy-wise we are paying a heavy price.”

“We are not going to fix Washington by electing a president who is from Washington, of Washington, or for Washington, change is only going to come from the outside in my perspective and so should the next president.”

On Hillary’s tenure as Secretary of State, Perry stated her “architect” of foreign policy is the reason for the many failures in handling Russia and Syria.

Mentioning his last presidential run, Perry says he won’t make the same mistakes he made four years ago if he decides to step into the 2016 ring. “Coming here and spending the time in New Hampshire is invaluable, and I didn’t realize that in 2011,” he said.

Perry’s presidential campaign of 2011 collapsed in an embarrassing manner in part due to his strange behavior and abnormal speeches.  He explained the reasoning was due in part to the major back surgery he underwent in 2011, thinking he could bounce back six weeks later. “You’ve got to be healthy and be on your game,” Perry said, “to prepare to stand on stage talking about a myriad of issues—domestic policy, monetary policy, foreign policy takes years of intense study and I spent the last three years in preparation mode.”