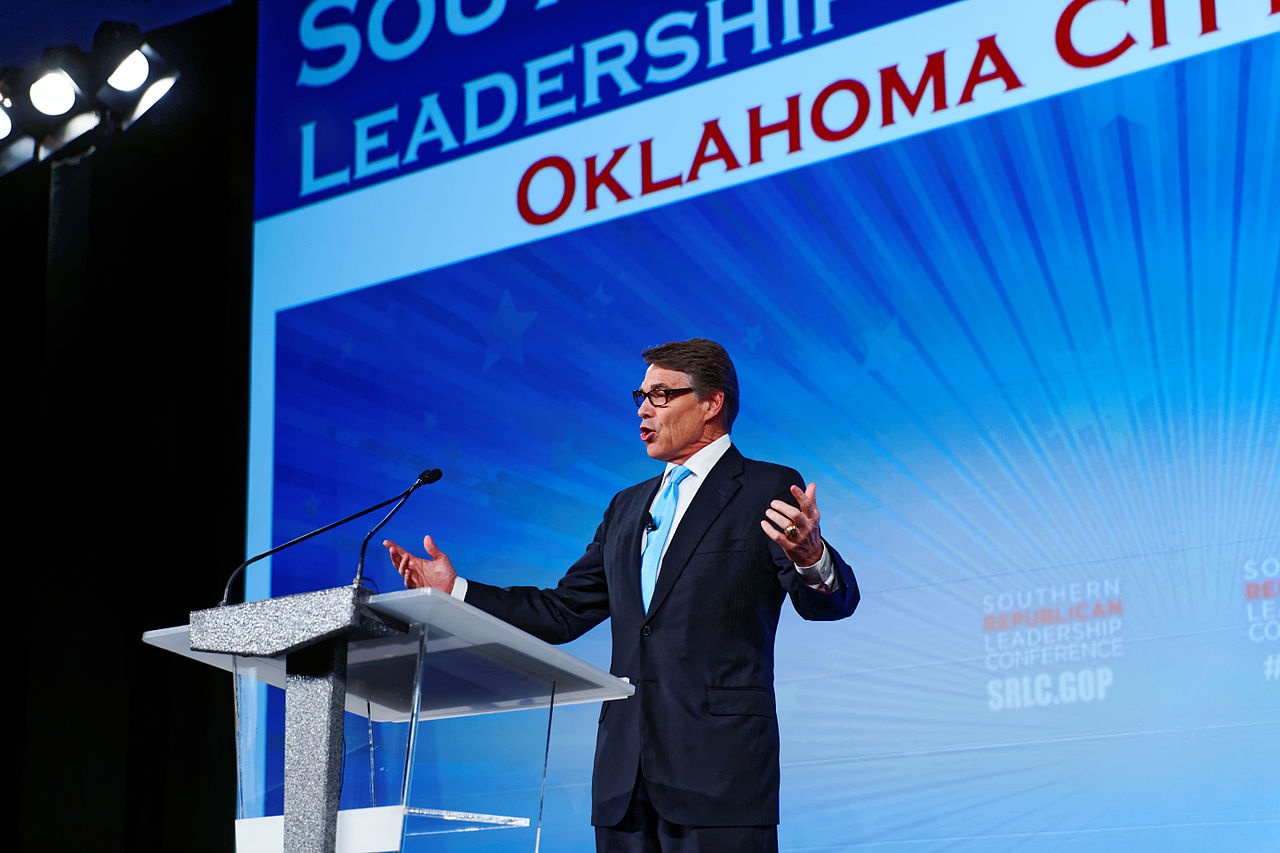 During his time on stage, Perry touted his record as governor outlining how he will be an ideal candidate for president. “Leadership’s not just a speech on the Senate floor, it’s a record of action,” Perry said.

Arguing this election is going to be “ show-me-don’t-tell-election”, Perry mentioned that executive experience matters

“Nobody gave me the manual on here is how you handle Ebola, since its going to show up to your state first and nobody gave me a how to book to deal with 70,000 children in our border, and that is what executive leadership is all about, that’s what I think America is hungry for, someone who has been tested and we’ve been tested in the state of Texas.”

On energy, Perry said Oklahoma is the ground zero of energy revolution.

“We also need a president who recognizes American energy is vital to the future of this country, both economically and from our national security. Our current president says he supports American energy, but he just doesn’t support the drilling for it, the transporting of it or the exporting of it.”

“Ramadi was the place where the Sunni awakening occurred. Where Sunni leaders banded together and stopped the insurgency, working with the Americans. Years later, now we have ISIS rolling across the country in American vehicles with American weapons taking areas that we had secured with the treasure of American blood,” he said.

Perry ended his speech of a story with his father standing in a cemetery he attended for the 6th of June liberation. “The country they have sacrifice for to an America they would never return home and every one of those headstone are standing there is silence and judgment of us today asking that question whether their sacrifice was worth it and I wanna give them that answer in November of 2016 when we elect a patriotic American Republican president of the United States and we put this country back on track to be the best of the world.”

Perry will announce his candidacy in Dallas, Texas on June 4th and will feature several well-known military veterans.