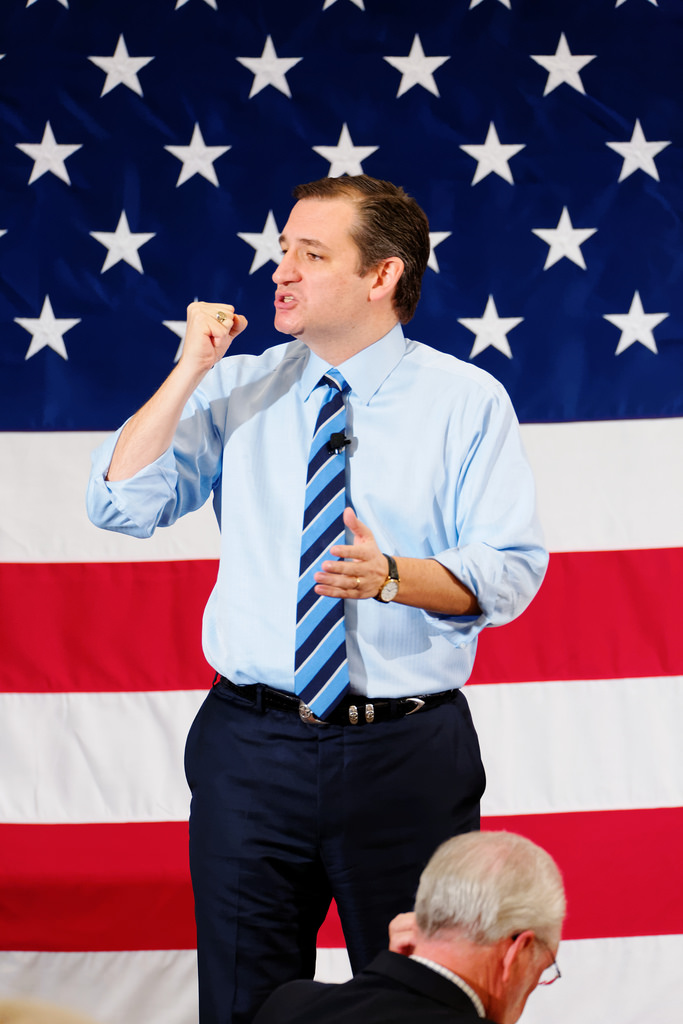 Ted Cruz, the final speaker at the Republican Leadership Summit, ended the event with his fiery comments regarding ISIS and Loretta Lynch.

“The Obama administration is so bad,” Cruz said, “That the final 20 months of its second term will be ‘like Lord of the Flies.’”

“If only the terrorists attacked a golf course,” Cruz continued, “that might actually get the White House’s attention.”

In regards to ISIS, Cruz said to a huge crowd at the Republican Leadership Summit in Nashua, N.H., the only way to defeat them is with an aggressive approach by “we will destroy them.”

“We need a commander-in-chief who says the objective is not to weaken, not to degrade ISIS, but to utterly and completely destroy ISIS using overwhelming airpower directed at taking out ISIS in every location by arming the Kurds, our long time allies who are on the ground,” Cruz said. “ISIS is using American military equipment they seized in Iraq — and the Obama administration refused to fund the Kurds and sends weaponry to Baghdad, which won’t pass it onto the Kurds.”

On the vote regarding Loretta Lynch to replace Eric Holder for Attorney General, Cruz directly stated his vote “is going to be unambiguously no.” which drew loud applause from the audience. Cruz explained his reasoning for not voting for Lynch due to her partisan views and will not enforce any constitutional limits on the power of the president. Questioning Lynch during the Senate Committee floor, Cruz asked whether she would support Obama’s amnesty orders, in which she replied with an “absolutely yes.” He went on to ask “if there were any limits to this executive amnesty” where Lynch would refused to answer these questions or acknowledge any limits of the presidents’ authority.

“In my view, when you have an attorney general nominee who looks at the United States Senate and says they will not enforce any constitutional limits whatsoever on the power of the president, there is no way in good conscience to vote to confirm such a nominee,” Cruz stated.

Cruz praised New Hampshire Sen. Kelly Ayotte, who, like Cruz, was also one of the 47 Senate Republicans to sign a letter regarding the warning of the nuclear deal negotiated by the United States. In regards to the letter, Cruz mocked Democrats who called that letter a slap in Obama’s face and a political vulnerability for the 47 signers. Cruz went on to add the framework of the Obama deal negotiated with Iran was a “historic mistake.”

“My only regret is like John Hancock that I didn’t make my signature bigger,” Cruz said to loud cheers. “So the Ayatollah can read it, without his reading glasses!”

Media Silent As Another NYPD Officer is Assassinated