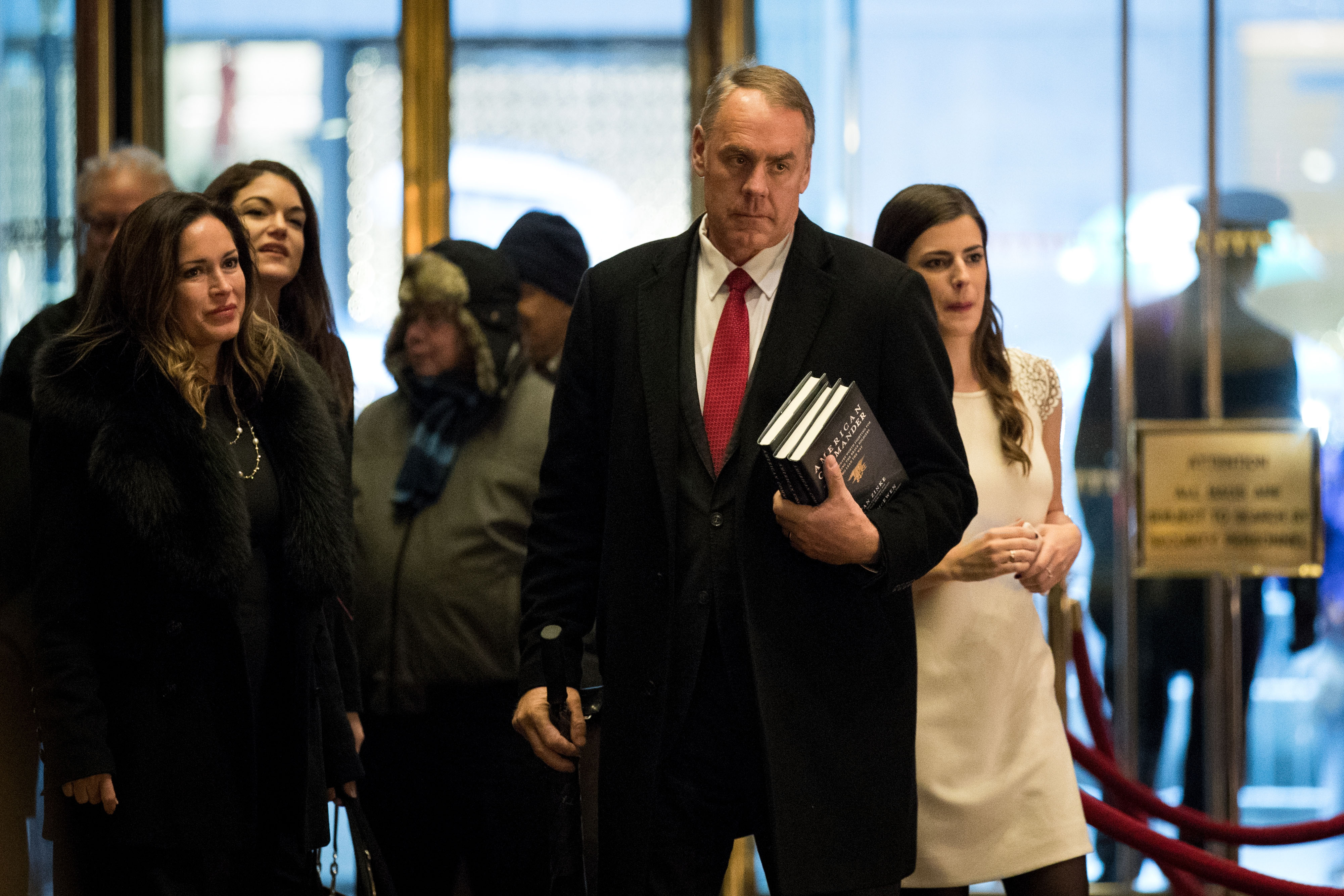 “I am pleased to nominate Congressman Ryan Zinke as our Secretary of the Interior,” Trump said in the formal announcement statement. “He has built one of the strongest track records on championing regulatory relief, forest management, responsible energy development and public land issues.”

Trump added, “My administration’s goal is to repeal bad regulations and use our national resources to create jobs and wealth for the American people and Ryan will explore every possibility for how we can safely and responsibly do that.”

Zinke is a former Navy SEAL who was first elected to Congress in 2014. During his time in Congress, Zinke served as a member of the Armed Services and Natural Resources committee.

“I am honored and humbled to be asked to serve Montana and America and Secretary of Interior,” Zinke said in the statement released by the transition team. “As inscribed in the stone archway of the Yellowstone National Park in Gardiner, Montana, I shall faithfully uphold Teddy Roosevelt’s belief that our treasured public lands are ‘for the benefit and enjoyment of the people.’ I will work tirelessly to ensure our public lands are managed and preserved in a way that benefits everyone for generations to come. I look forward to making the Department of Interior and America great again.”

Trump was also considering Congresswoman Cathy McMorris Rodgers of Washington to lead the Interior Department. However, a source close to the congresswoman stated she didn’t receive an offer from the President-elect. In a Facebook post on Tuesday, McMorris Rodgers posted it was an honor to meet Trump, and “energized” to continue forward in Congress.

“It was an honor to be invited to spend time with the President-elect,” McMorris Rodgers said. “I’m energized more than ever to continue leading in Congress as we think big, reimagine this government, and put people back at the center of it.”

On Monday, Zinke met with Trump in Trump Tower. After the meeting, Zinke told The Billings Gazette what was discussed, such as sportsmen’s rights, land use and ownership, Native American affairs, national security and veterans affairs.

“President-elect Donald Trump and I had a very positive meeting where we discussed a wide range of Montana priorities,” Zinke said. “We are both very hopeful for the future.”

Earlier during the morning conference calls with reporters, Trump transition spokesperson Jason Miler praised Zinke for his being a “strong advocate for American energy independence.”

“Congressman Zinke is a strong advocate for American energy independence and he supports an all-emcompassing energy policy that includes renewable, fossil fuels and alternative energy,” Miller said. “Additionally, Congressman Zinke believes we need to find a way to cut through bureaucracy to ensure our nation’s parks, forests, and other public areas are properly maintained and used effectively.”

If confirmed, Zinke will oversee over one-fifth of national parks, wildlife refuges, tribal lines, and area projects for wind and solar development, and drilling for oil and gas pipelines. Zinke could help Trump in lifting Interior’s freeze on coal leases, stopping federal fracking regulations, and ending limits on offshore drilling, all of which are part of President-elect agenda.