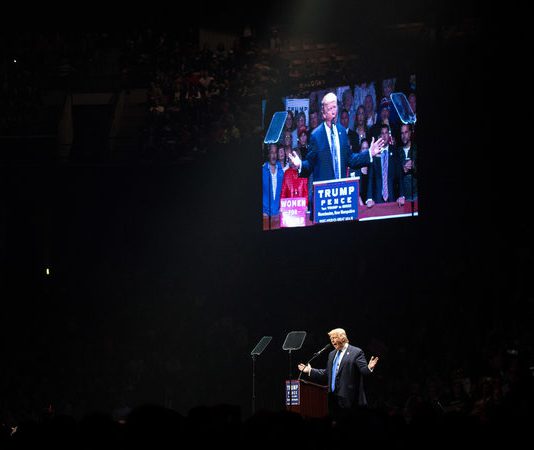 Donald Trump began his third out of fourth rally on the eve of election day telling the crowd in Manchester, N.H. that New England Patriot quarterback Tom Brady voted for him.

“Tom Brady, great guy, great guy. Great guy, great friend of mine — great, great champion. Unbelievable winner,” Trump said. “He called today and he said, ‘Donald, i support you, you’re my friend and I voted for you.”

Trump continued, “So I said, ‘So Tom, you voted for me, you support me, am I allowed to say this to the massive crowd in New Hampshire?’ He said, ‘If you want to say it, you can say it.’”

Trump added, “That is what a champ is all about.”

“I was in the plane and they handed me a letter and it was from Coach Belichick and he wrote me the most beautiful letter and it was only two hours,” Trump said. “So we called him and said, ‘Do you think that Mr. Trump could read that letter to the people of New Hampshire?”

“[Belichick] said ‘Absolutely, if you would like, but do me a favor and don’t read that letter, let me send you another that’s a little bit different,’” Trump continued.

Trump then began reading the new letter Belichick sent to the crowd in which he said it was “much better” and “stronger.”

“Congratulations on a tremendous campaign. You have dealt with an unbelievable slanted and negative media and have come out beautifully. You’ve proved to be the ultimate competitor and fighter. Your leadership is amazing. But the toughness and perseverance you have displayed over the past year is remarkable. Hopefully tomorrow’s election results will give the opportunity to Make America Great Again. Best wishes for great results tomorrow, Bill Belichick.”

On his way to New Hampshire from Scranton, Pennsylvania, Trump tweeted he had “big news to share in New Hampshire.”