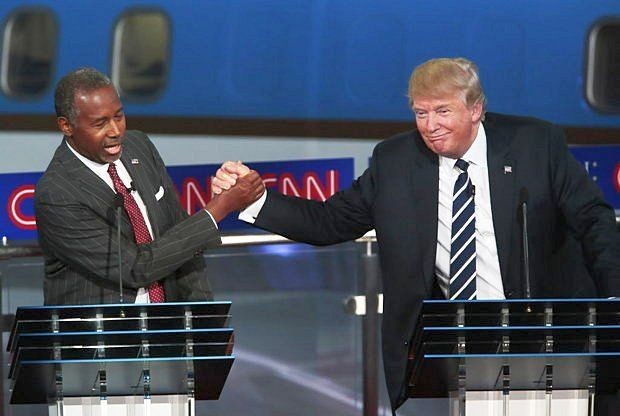 President-elect Donald Trump has formally offered retired neurosurgeon Ben Carson the position of Secretary of the Department of Housing and Urban Development, according to an AP report.

Early Tuesday afternoon, Trump tweeted after meeting with the former neurosurgeon in Trump Tower that he was “seriously considering” Carson for the job as head of HUD.

I am seriously considering Dr. Ben Carson as the head of HUD. I’ve gotten to know him well–he’s a greatly talented person who loves people!

“I would say that was one of the offers that’s on the table,” Carson said when asked about the possibility of being considered for head of HUD.

An agency that oversees the federal urban housing development, Carson, a retired neurosurgeon and served as director of pediatric neurosurgery, has no experiences related to housing policy.

Late last week, Carson stated in a Facebook post that he wasn’t interested in a cabinet position and preferred to remain as an outside adviser after his name was being floated as possible Secretary of Education or Health and Human Services.

However, Carson told Cavuto his upbringings in the inner city of Detroit and his time spent working as a doctor in the area as qualification for taking the job.

“I grew up in the inner city and have spent a lot of time there and I have dealt with a lot of patients from that area,” Carson said. “And I recognize that we cannot have a strong nation if we have weak inner cities and we have to get beyond the promises and start really doing something.”

Carson added that he will be “praying” and considering taking the offer to join the Trump administration over Thanksgiving.

“Well, you know our inner cities are in terrible shape and they definitely need some real attention,” he said. “You know, there have been so many promises made over the last several decades, and nothing has been done, so it certainly is something that has been a long-term interest of mine and I’ll be thinking and praying about it seriously over the holiday.”

AG Barr: Shooting at Pensacola Navy base was ‘Act of Terrorism’