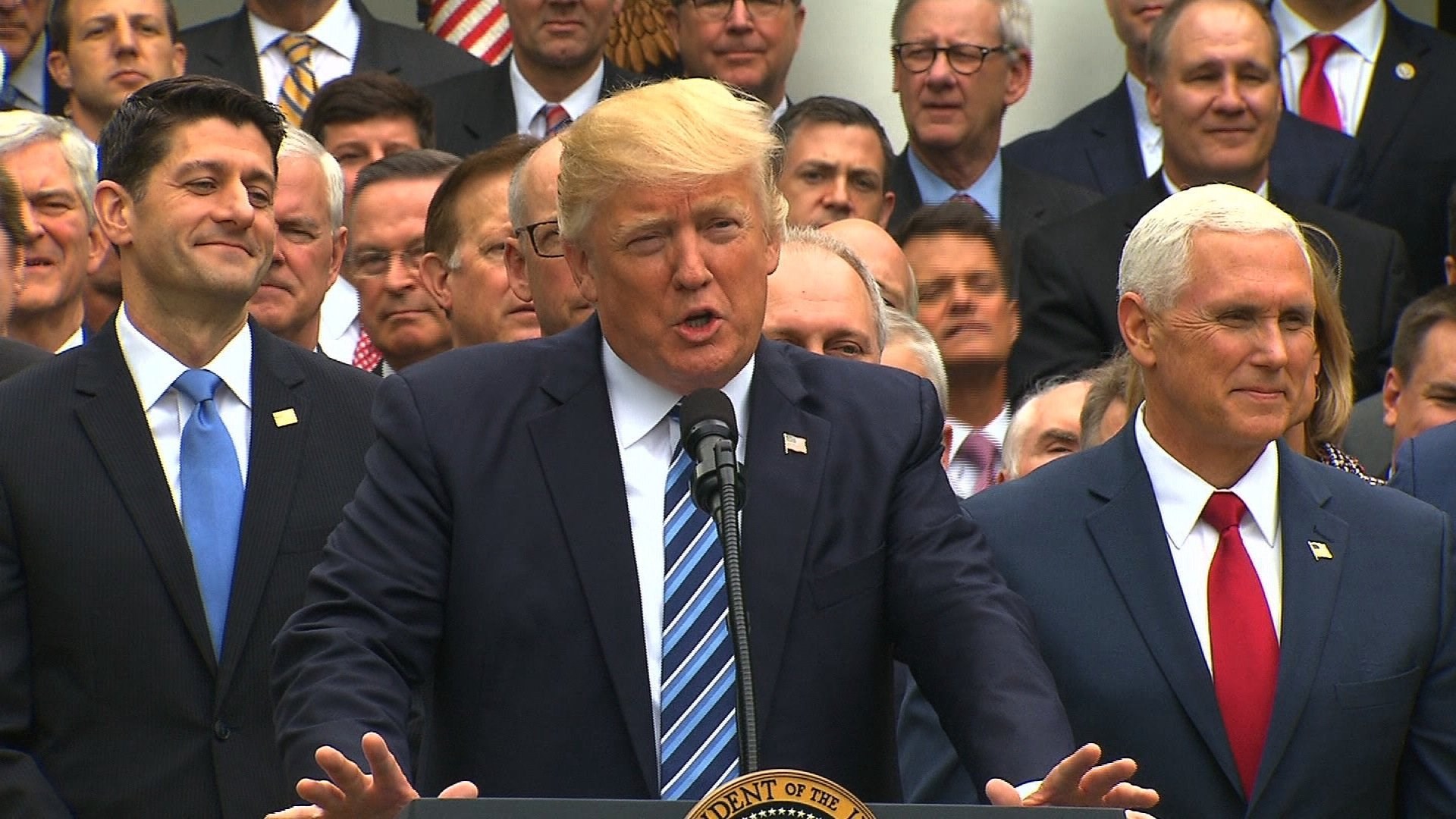 House Republicans on Thursday narrowly passed a revised version of the American Health Care Act, a Republican measure that would repeal many of the Affordable Care Act provisions.

The House voted 217-213 for the bill, sending it to the Senate. Twenty Republicans voted against the bill, while all 193 House Democrats voted no.

The revised Republican bill was struck this week when House Freedom Caucus was able to successfully added measures such as allowing states to individual opt out of Obamacare regulations on pre-existing conditions. In exchange for this measure, moderate Republicans added onto the bill an additional $8 billion cost for states who opt out to set up “high risk pools” to compensate the insurance expense for the poorest and sickest individuals.

Along with the “high risk pools,” the AHCA also repeals “individual mandate” of the ACA that required all Americans citizens to buy health insurance or face paying a fine. It also consists of cutting the taxes imposed by Obamacare and slash over $800 billion funding for Medicaid.

The AHCA bill was approved without a Congressional Budget Office analysis to determine the effects, such as the cost or the impact of how many Americans might potentially lose their health insurance.

Without the CBO analysis, Democrats solely used this as reasoning to reject the revised AHCA bill.

“Forcing a vote without a CBO score shows that Republicans are terrified of the public learning the full consequence of their plan to push Americans with pre-existing conditions into the cold,” House Minority Leader Nancy Pelosi said in a statement. “With each passing week, Republicans have only made their bill more costly and more cruel to American families. House Republicans are going to tattoo this moral monstrosity to their foreheads, and the American people will hold them accountable.”

An array of medical groups, led by the American Medical Association all opposed the measure.

“The bill passed by the House today will result in millions of Americans losing access to quality, affordable health insurance and those with pre-existing health conditions face the possibility of going back to the time when insurers could charge them premiums that made access to coverage out of the question,” American Medical Association President Andrew Gurman said in a statement. “The AMA urges the Senate and the Administration to work with physician, patient, hospital and other provider groups to craft bipartisan solutions so all American families can access affordable and meaningful coverage, while preserving the safety net for vulnerable populations.”

Less than two months ago, House GOP leaders were forced to pull the first version of the AHCA bill from the floor when it became apparent the bill will not have the necessary votes to pass. The CBO analysis of the failed version in March found that the plan would cost 24 million of Americans to lose their coverage by 2026. A new CBO score is expected to be released next week.

In the final days before Thursday vote, President Trump was deeply involved in whipping the votes needed to pass over a series of phone calls and one-on-one meetings with lawmakers. The president made sure, according to a senior administration official, that each lawmaker he spoke to told him how they planned to vote.

Although the AHCA bill passed the House, the bill now faces an uphill battle in the Senate. Senate Republicans have already voiced their concern, with some working on their own version of their own health care bill and overhaul. With Republicans narrowly holding the Senate majority — 52 of the 100 seats, a majority vote is needed for the bill to pass.

Senate Majority Leader Mitch McConnell says the Senate chamber will await the CBO analysis before proceeding with a vote.

Senate Minority Leader Chuck Schumer tweeted that “fight is far from over,” in the Senate.

.@HouseGOP has made their bed & their constituents won’t forget it. But the #Trumpcare fight is far from over. pic.twitter.com/BAhXxmyeZu

Despite the Senate concerns, President Trump and House GOP members celebrated the victory moments after the bill passed in the Rose Garden, telling reporters he feels confident the bill will pass through the Senate.

“We’re going to get this passed through the Senate.  I feel so confident,” Trump said. “So what we have is something very, very incredibly well-crafted.”

Trump added, “This has really brought the Republican Party together, as much as we’ve come up with a really incredible healthcare plan.”

House Speaker Paul Ryan called the AHCA “the beginning of the end of Obamacare.”

Vice President Mike Pence, who lead the effort to whip votes, was also in attendance cheering the passage of the bill.

“Today, thanks to the perseverance, the determination, and the leadership of President Donald Trump, and all the support of those gathered here, we’ve taken a historic first step to repeal and replace Obamacare and finally give the American people the kind of healthcare they deserve,” Pence said before introducing President Trump.

Do you mind if I quote a few of your posts as long as I provide credit and sources back to your website? My blog is in the exact same niche as yours and my visitors would truly benefit from a lot of the information you provide here. Please let me know if this ok with you. Thanks!|

I feel this is one of the such a lot vital info for me. And i am glad studying your article. However wanna commentary on few basic things, The site taste is ideal, the articles is actually great : D. Just right task, cheers